With the worsening of the Brazilian economy, less Brazilians can afford luxury products despite the paradox that luxury items have actually gotten cheaper in dollar. In the meantime Cartier opens in Sao Paulo third store in Brazil, Ralph Lauren opens a new store in Sao Paulo, and more openings are rumored. Our guests speakers will share their views.

Vogue Brazil was launched in 1975 as the first magazine in Latin America to focus on the luxury lifestyle. Daniela Falcão has been leading a team of 30 people since 2005 from her office in São Paulo. Vogue reaches 995K, 100 000 more than Vogue Paris and Vogue UK

Marcelo Noschese has been Regional Director for South America at Prada SpA since December 2011. He is primarily responsible for overseeing the Group’s soperations in Brazil. Mr. Noschese obtained a master degree in Business Administration from INSEAD, Fontainebleau, France, in 1992

Founded in Rio de Janeiro in 1870, Granado stands alone as Brazil's first and still operating pharmacy, one that held a royal warrant by the Portuguese-Brazilian imperial family. Phebo was founded in the 1930s and is the label of the label of the most beloved rose soaps. The brand is distributed exclusively in France by Le Bon Marché

He has initiated numerous research studies on consumption in emerging countries (Brazil, China, India, Russia). He has acquired notable expertise in the Luxury sector and has been President of the Adetem Club Luxe since 2008. He is furthermore a recurrent speaker for Le Centre du Luxe et de la Création (France) and Altualuxo (Brazil).

Based in Paris, in charge of a team of international collaborators for the special edition linked to Brazil's most important weekly magazine, Simone has worked for Elle, Vogue, InStyle, Marie Claire and WWD and written on Brazil's fashion scene in “Brazil: a celebration of contemporary Brazilian culture” published by Phaidon in 2014.

Designed and organised by 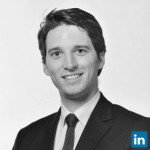